We’ve said it before, and chances are we’ll say it again: if you want to test out some gear, put it on Adele Pennington. She’s no stranger to the Himalayan giants – she has the British women’s record for climbing 8000m peaks (six of them). Including Everest. Which she’s climbed twice (and she was the first British woman to do that, too). 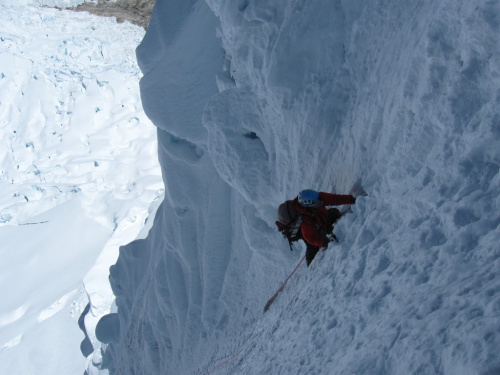 When she’s not doing that she’s…well, she’s probably climbing mountains somewhere else, to be honest (or ski-ing down them): as well as guiding in the greater ranges, she runs her own mountaineering company in Scotland.

So yes, if you want to be sure something stands up to serious use in the mountains, get Adele to check it.

The other thing is, she’s really rather little! Why does that matter? Well, making mountaineering gear in customized sizing is a pretty niche position to be in, but that’s the niche in which we’re positioned. If we’re going to get that right, it’s very useful to know someone whose size and equipment requirements are both a fair distance from being average. 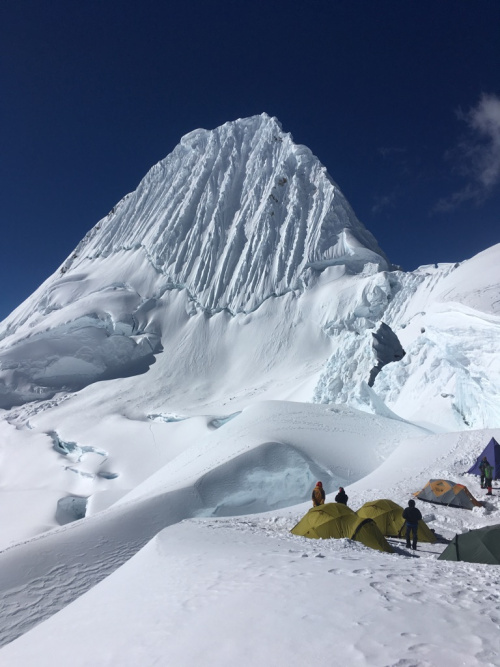 It really is a very good-looking mountain, isn’t it?

She went to Alpamayo in the Cordillera Blanca of the Peruvian Andes this year, and she needed some warm trousers: roomy enough to be pulled on over her other gear as the temperature dropped, but not so bulky that they couldn’t be worn under her waterproofs as part of a harsh-weather system. The Andean temperatures vary from 30°C to -20°C; 50°C of variation means adjusting your layers is key.

So, we made her a pair of Sigma Trousers, and were delighted to hear that “From keeping warm at base camps to climbing alpine style on Alpamayo, PHD Primaloft Sigma trousers fitted the bill exactly.”

Something else we’ve said before and we’ll doubtless say again: Adele really puts the gear through its paces, but you needn’t be doing the same to make good use of it. What she does for us proves that it works at the extremes – and we need to know that it does – but you don’t have to be undertaking anything headline-grabbing to need something warm, custom sized and lightweight. You just need to be a cold, human-shaped human who doesn’t want to carry too much, and pretty much every one of us is in that boat at some point!

“From keeping warm at base camps to climbing alpine style on Alpamayo, PHD Primaloft Sigma trousers fitted the bill exactly.”

€257.72
MORE INFO
Related stories from The Lowdown
Adele’s Dhaulagiri ascent breaks her own record
Adele Pennington has just returned home after summiting Dhaulagiri, breaking the British Women’s record for 8000m ascents. And that record had been hers anyway!
The achievement of a lifetime…and then again the following day!
Having reached the summit of an 8000m peak, it’s not unheard of to want to do another. However, after climbing one, heading straight to the top of a second one the following day is rather more unusual!
Well suited to a life of adventure