The right & wrong way to do it

A long time ago Pete Crew and Peter Hutchinson had a problem with karabiners. We were importing lightweight alloy krabs from France and selling them to climbers from our shop, The Mountaineer. A customer took a short fall on one and noticed it had deformed badly. Fortunately our customer Dave was a metallurgist, so he did a routine check on all his krabs (and his friends’ krabs) and found that about 30% were much softer than they should have been. A dangerously bad batch. Being a good guy, he came to see us and offered to test any Allain krabs anyone sent to him free of charge.

We sent him all the rest we had in stock and publicised the offer (and the danger) as widely as we could, not just to our customers, but to climbing magazines, the BMC, etc, while at the same time contacting the manufacturers in France -- not to accuse them, but simply to advise them to check their stock and their manufacturing.

"Somehow we managed to be fairly polite telling our various critics to p*** off and let us get on with sorting out the problem for climbers, who were grateful to have someone ensuring their safety."

The varied responses were very instructive.

The first response came from a shop in London, the largest importer of Allain karabiners. He was outraged that we had been so irresponsible as to publicise this affair, damaging the reputation of important traders like himself, on such flimsy evidence.

The second was from the BMC backing him up.

The third and last came from the manufacturer, also outraged at the publicity and threatening action. He had commissioned an immediate laboratory test at a well-respected university to disprove our claims and they had given the karabiners their complete quality approval. He sent us a copy of the report. They had tested 2 krabs!

By this time Dave had tested over 400 krabs: 30% were still coming up soft. Somehow we managed to be fairly polite telling our various critics to p*** off and let us get on with sorting out the problem for climbers, who were cool about it and grateful to have someone ensuring their safety. We learned an unforgettable lesson about how the world works (the first of many such) – and we never sold any more of those karabiners.

Synthetics: One failure, one success

For the last fifty years manufacturers of synthetic fillings have been coming up with new waddings and making claims about their improved properties. About forty years ago we went to the HQ of one of them, a vast building in a US city, to question them on the technical claims for their new wonder-wadding. We liked the look of it, but the results from our own testing and usage fell well short of theirs.

"We were amazed. After well over a hundred climbing days, the wadding was still in very good shape."

We made an appointment with the scientist behind the project. Just as well. The place was huge, like a small city, designed to impress. It was some time before we ran him to earth in a small office in a distant wing. We had attended one of his seminars in UK, launching the wadding with an impressive display of figures. Here it was a simple private meeting and he admitted straight away that our results were probably correct, agreeing with his own test figures. He was a nice guy, telling us the truth without going the whole way and spelling out that a big company like this selected only the best data and then handed them over to their promotional team.

A long time later when Primaloft appeared we viewed their claims with the cynicism of long experience. Soft, yes. Durable, no chance. Then one day a guide we knew called in to talk to us about Himalayan gear, wearing a well-used Primaloft jacket. We were amazed. After well over a hundred climbing days, the wadding was still in very good shape – not at all what we would expect from such fine fibres. Could we believe it? We gave it a try.

Pete Elliott's (our MD's) call-outs with the Mountain Rescue Team were ideal. Lots of wandering about the hills in cold wet windy conditions. And the first good impressions were reinforced by biking in the same kind of weather. The last piece fell into place when he used a pair of odd synthetic mitts, one our standard, the other Primaloft: no contest, the Primaloft mitt just didn’t absorb water like the other, even when dipped in a stream. All our usage since then has confirmed the performance of this wadding.

At PHD we don’t just repeat what we’re told by our suppliers. Manufacturers’ claims about their materials are sometimes right, sometimes misleading, and it’s our job to verify the things we say as far as possible. 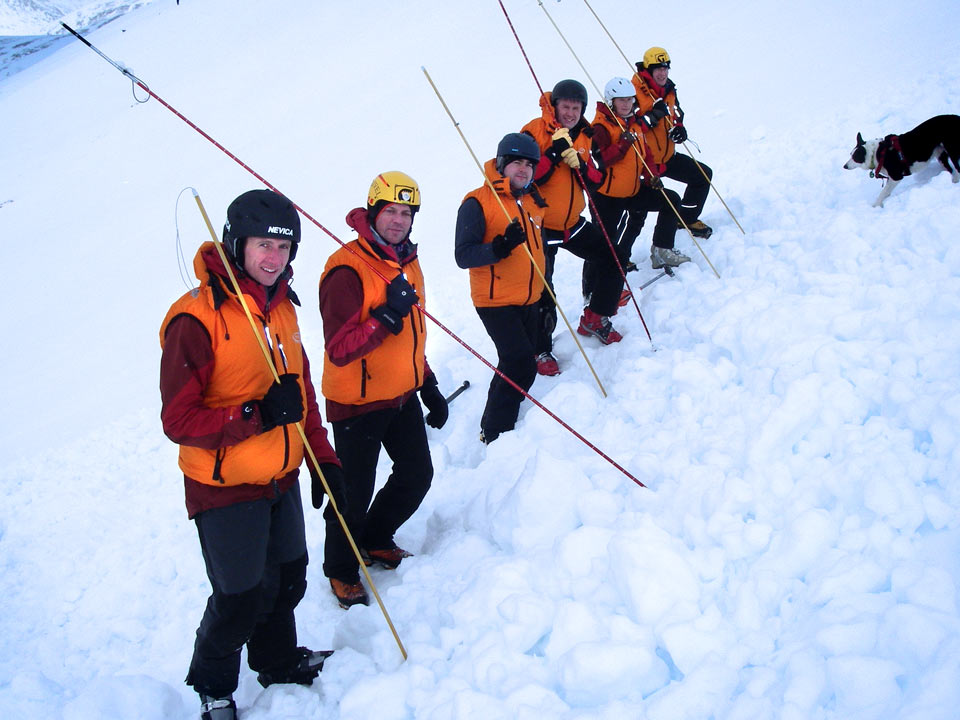