You know those ‘small world’ moments? When you get talking to a complete stranger, hundreds of miles from home, and it turns out they went to the same school as you? Or they used to go to your local pub? Or they worked in the same office as your sister?

Over the years, we’ve got to know loads of you – by nattering about where you’re heading (and chatting about how you got on once you’re back), by meeting you out in the mountains or at race events. So, for anyone looking for friends of PHD, cold and rugged places in the middle of nowhere would be a reasonable hunting ground to choose.

It was quite a pleasing coincidence when we realised that – entirely independently – two of our friends were going to be crossing Lake Baikal at the same time. Michael Stevenson was going to be part of the Frozen Tracks team: he and his team-mate Scott Gilmour intended to break their own world record for an unsupported crossing of the frozen lake. Rosie Stancer was doing The Long Haul: a ‘double solo’ crossing of the lake with Mike Laird, to raise money for Veteran’s Aid. Mike had suggested they go together, but Rosie – veteran polar explorer and never one to shrink from a challenge – thought it would be more interesting for them to start at opposite ends and cross in the middle!

While Michael and Scott were going for the fastest crossing, Rosie and Mike were going to be the first to hit the most southerly, westerly, easterly and northerly points of Baikal in one expedition. And although it was one expedition, Mike would be moving in the opposite direction, making Rosie the first woman to cross the lake solo.

By most people’s reckoning, the metre-thick ice of the biggest lake in the world (in Siberia, surrounded by mountains) probably counts as the middle of nowhere. As mentioned above: prime PHD territory. For us to know two people from two different record attempts there at the same time though: still pretty unusual.

And then this happened: 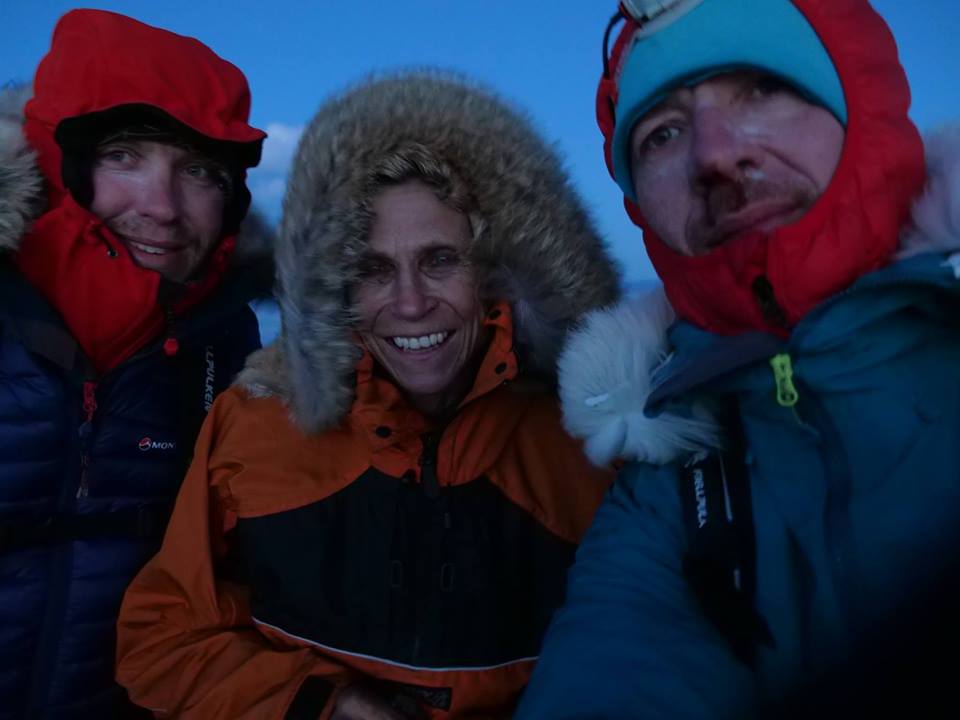 Funny who you bump into, isn’t ?

Yup, that’s Michael and Scott from Frozen Tracks with Rosie in the middle!

We haven’t caught up with Rosie or Michael properly yet, but then Rosie’s still not home and – true to form – Michael was on his way out to the mountains with Bolton Mountain Rescue when we got in touch! We know that neither trip went entirely to plan: Rosie was picked up from the ice by 4×4 after a storm, and unfortunately Michael had to pull out part way due to an infection in his foot (but Scott pushed ahead to claim the record).

We’ll tell you more about their stories, of course, but for now it’s simply nice to consider that although it’s a big world, it’s sometimes a very small one too.

Rosie Stancer has Polar Mitts and a Xero Jacket (now rather blacker than standard thanks to the smoky fuel she had to burn!)

Michael Stevenson also has Polar Mitts, as well as a Xero 1000 Sleeping Bag, Polar Socks and a Yukon Jacket. He hasn’t yet mentioned how sooty they are…

By most people’s reckoning, the metre-thick ice of the biggest lake in the world (in Siberia, surrounded by mountains) probably counts as the middle of nowhere: prime PHD territory. 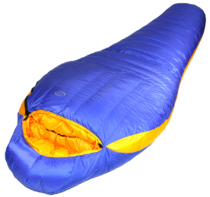 ¥182,074.39
MORE INFO
Related stories from The Lowdown
Fire & Ice: Back to the Icelandic Wilderness
The Fire & Ice is one of the toughest races in the world (even the five-times winner of the Marathon des Sables reckons it’s tough). It takes in 250km of volcanic ash, glacial river crossings, barren rock, grassy meadows, and everything else the Icelandic terrain can possibly throw at you.
A really very remarkable lady
Rosie Swale-Pope has just finished a run from Brighton to Berlin. But, as she once ran right around the world, that’s perhaps not all that surprising…
The Coldest Journey on Earth
Sir Ranulph Fiennes has announced an expedition to traverse the Antarctic continent in the polar winter of 2013. No one has attempted such an expedition before, and PHD are proud to be official suppliers of Down Jackets, Down Sleeping Bags, Down Trousers and Down Mitts and Boots to the expedition.