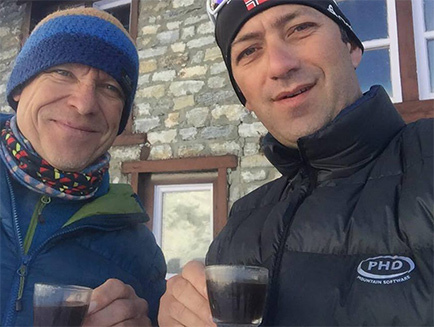 $2,741.60
MORE INFO
Related stories from The Lowdown
Adele’s Dhaulagiri ascent breaks her own record
Adele Pennington has just returned home after summiting Dhaulagiri, breaking the British Women’s record for 8000m ascents. And that record had been hers anyway!
Jo Bradshaw: One step closer to the 7 Summits
The Seven Summits: the highest peaks on each continent. Fewer than 500 people have climbed all of them and, of those, just 9 British women have managed it. Well, last month, with her success on Denali, Jo Bradshaw came a step closer to being the 10th.
Alex Pancoe on Vinson
Although he’d spent a lot of time in the mountains skiing, it never occurred to Alex Pancoe to actually climb one until a trip to Africa inspired him to try Kilimanjaro. Thinking he’d bitten off more than he could chew, he trained as hard as he could and surprised himself by taking it in his stride…and so decided to climb more.