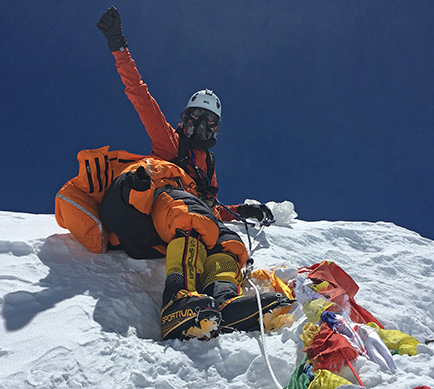 $2,643.43
MORE INFO
Related stories from The Lowdown
A really very remarkable lady
Rosie Swale-Pope has just finished a run from Brighton to Berlin. But, as she once ran right around the world, that’s perhaps not all that surprising…
The RAF: in for another pass
John Cameron wanted to tell us about his trip to Nepal with the RAF Mountaineering Association. We keep telling you: we love hearing the stories and seeing the photos!
The Pennington is Mightier than the Sword