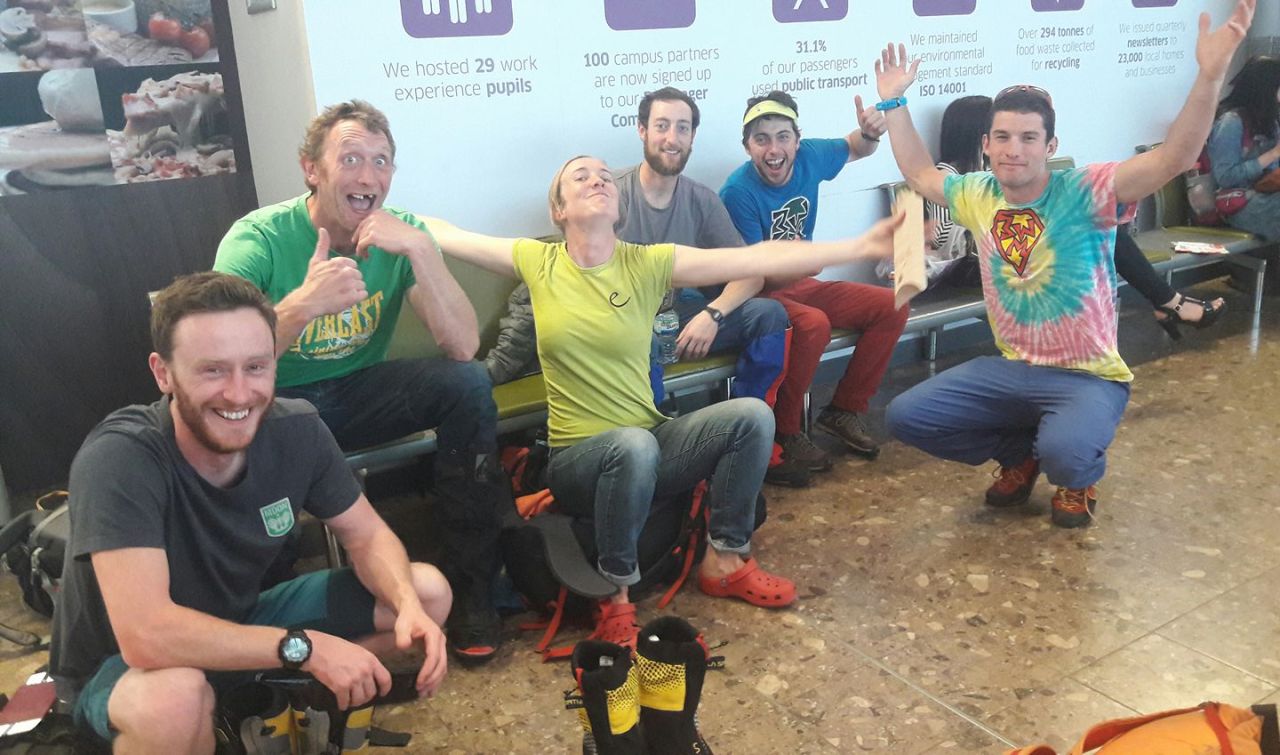 We were approached, a little while ago, by a chap called Will Rowland, who wanted to talk about sleeping bags. Nothing too unusual in that: as you might imagine, people ask us about sleeping bags pretty much every day! This stuck in our minds though, thanks to an old family connection.

Decades ago, when Pete Hutchinson Designs was still simply Pete Hutchinson and his designs, Pete made a sleeping bag for Clive Rowland, an accomplished mountaineer who’s known for (among many other things) saving the lives of the seriously injured Doug Scott and Chris Bonington on the Ogre in 1977. Will, as it turns out, is Clive’s son, and figured that if it was good enough for his Dad, it was good enough for him.

The apple, as it turns out, has not fallen far from the tree: Will appears to be a pretty adventurous climber too…

He wanted to chat about sleeping bags as he was one of a team who were heading to Kyrgyzstan, looking for unclimbed peaks. It may seem that there is nowhere new left to explore: everywhere’s been visited and every mountain climbed, surely? Well, not quite. There are still a few regions hidden away, where climbers’ eyes light up at the prospect of being the first to set foot on a new summit.

In August 2016, the remote Kyrgyz range of the Djenghi-Djer was visited for the first time by a climbing expedition; they put up a number of first-ascents, and noted that there were many more for future teams to explore. And that’s exactly what Will and his friends had decided to do.

After few conversations about what they’d need (and what they may be likely to need for future trips), the team decided on Hispar 500 and 600 bags. One of the 500s was shelled in waterproof HS2 fabric, to put up with the sort of cold, wet conditions normally more associated with arctic exploration, so we’ll hopefully have another expedition to keep an eye on in future!

For now though, the team look to be having a great time out in the Djenghi-Djer. If you’d like to see what they’re up to, you can check out their blog, and see the latest updates on Facebook.

It may seem that there is nowhere new left to explore: everywhere’s been visited and every mountain climbed, surely? Well, not quite. There are still a few regions hidden away, where climbers’ eyes light up at the prospect of being the first to set foot on a new summit.

¥139,797.80
MORE INFO
Related stories from The Lowdown
Adele’s Dhaulagiri ascent breaks her own record
Adele Pennington has just returned home after summiting Dhaulagiri, breaking the British Women’s record for 8000m ascents. And that record had been hers anyway!
Jo Bradshaw: One step closer to the 7 Summits
The Seven Summits: the highest peaks on each continent. Fewer than 500 people have climbed all of them and, of those, just 9 British women have managed it. Well, last month, with her success on Denali, Jo Bradshaw came a step closer to being the 10th.
Horia Colibășanu and Peter Hámor’s Hornbein Couloir Attempt
Given his impressive track record of oxygen-free ascents in the Himalayas, when Horia Colibăşanu contacted us about kit, we were intrigued as to what he was up to! He didn’t tell us exactly what he was intending, but this is what we found out…