There are many things people choose to do in order to push themselves: running marathons, running ultra-marathons…and then there’s the Fire & Ice. 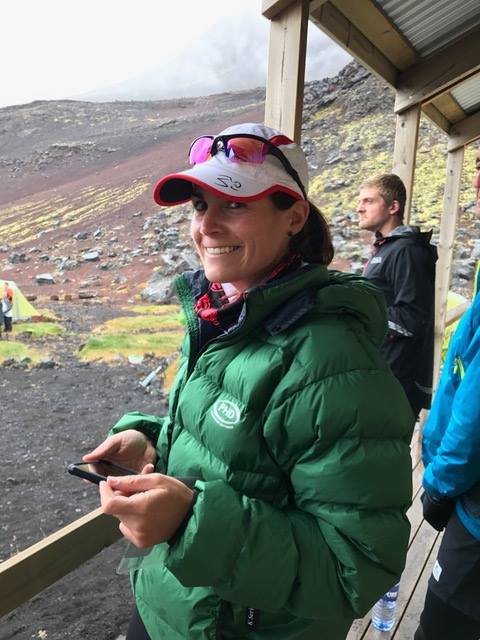 Said to be one of the toughest races in the world (even the five-times winner of the Marathon des Sables reckons it’s tough), it takes in 250km of volcanic ash, glacial river crossings, barren rock, grassy meadows, and everything else the Icelandic terrain can possibly throw at you.

Last year, it was won by Canada’s Charles Miron, who took a Wafer Jacket and a Minim Ultra Sleeping Bag with him. He’s had the bag for a few years – it’s accompanied him to numerous race victories and course records – and now it seems he’s pretty fond of the jacket too.

“My Jacket which was purchased for the Fire and Ice…is with me almost daily, I am amazed how well it’s kept up. On my cross county expeditions to my trail runs…to the coffee shop. I love it. I run a few trail camps here in the Rockies and the nights can be chilly…I had that jacket on the whole time.”

So, when he began coaching Greg Soltys and Whitney Titheridge for this year’s Fire & Ice, Charles pointed them in our direction for their kit too.

Whitney took our Ultra-K Jacket and used our Design-Your-Own tool to create a Lightweight Bag, customised to her own specifications. Greg chose a Wafer Jacket, Trousers and Socks, Mera Mitts, a Sigma Vest and a K-Series Minim 400 Sleeping Bag.

Now, this race is exceptionally challenging, and requires huge amounts of preparation – both physical and mental. So, we were delighted to hear that Greg placed 3rd male/3rd overall and Whitney placed 3rd female/8th overall. We were also delighted to hear that not only were they “absolutely thrilled” with their PHD gear, but that it seemed to turn a few heads among the other competitors too! Whitney told us “People loved my jacket in particular and I refused to take it off for fear someone would steal it.”

Huge congratulations from all of us here at PHD to Charles, Whitney and Greg for their very impressive achievements.

People loved my jacket in particular and I refused to take it off for fear someone would steal it. 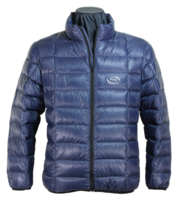 $283.62
MORE INFO
Related stories from The Lowdown
So light it’s just not fair!
160km – 100 miles, if you prefer – in under a week is quite an undertaking. Even more so when you do it at altitude. Even more so when you consider that the height gain is upwards of 28,000m. So, it’s not really surprising that competitors in the Everest Trail Race like to keep the weight in their bags to a minimum!
A Very Human Race