Tim Mosedale lugged 7kg of camera equipment up Everest. In a PHD suit. 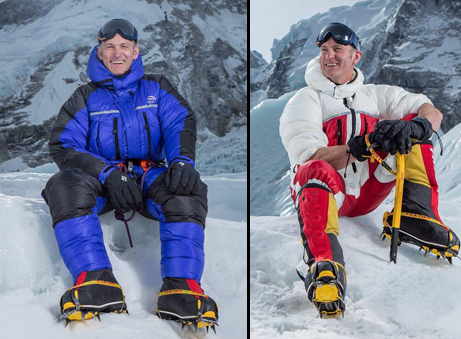 Tim Mosedale in a PHD Double Down Suit

When it comes to down suits, Tim Mosedale is something of a connoisseur. After dozens of Himalayan expeditions (including five summits of Everest, two of which in one season) and over 50 previously unclimbed peaks in Greenland, you start to get an idea of what your gear needs to be able to do!

In fact, if you Google “down suits”, chances are you’ll find an article by Tim at the top of the list. So, when we launched our Expedition Double Suit, we were keen to know what he thought of it

As it happened, when we contacted him he was just about to head off to Everest…

One of the projects Tim’s involved with is Mountain Panoramas: taking 360° hi-res photographs from summits all around the world. This means lugging an extra 8kg of gear with him, then stopping for a good 45 minutes to set up and take photos. He’s managed to capture the panorama from Everest’s South Col but unfortunately the cold, challenging conditions meant the summit shot eluded him. However, he reckons that “this suit combo looks like it might have made the difference”.

Well, he’s now gone back to Everest to get the first ever gigapixel 360° x 180° sphere from the summit and so, to make sure he stays warm (but can cool off when he needs to) we’ve made him the -50°C version of our Expedition Double Suit.

If you want to keep an eye on what Tim’s up to, you can have a look at his Twitter or his website.

Update: Congratulations to Tim for summiting Everest on 16 May 2017. Unfortunately the conditions weren’t good enough for the Gigapixel project. So for the fourth time Tim has carried an additional 7kg of tripod, panoramic bits and bobs and batteries to the various camps on the hill and up to the summit to no avail! 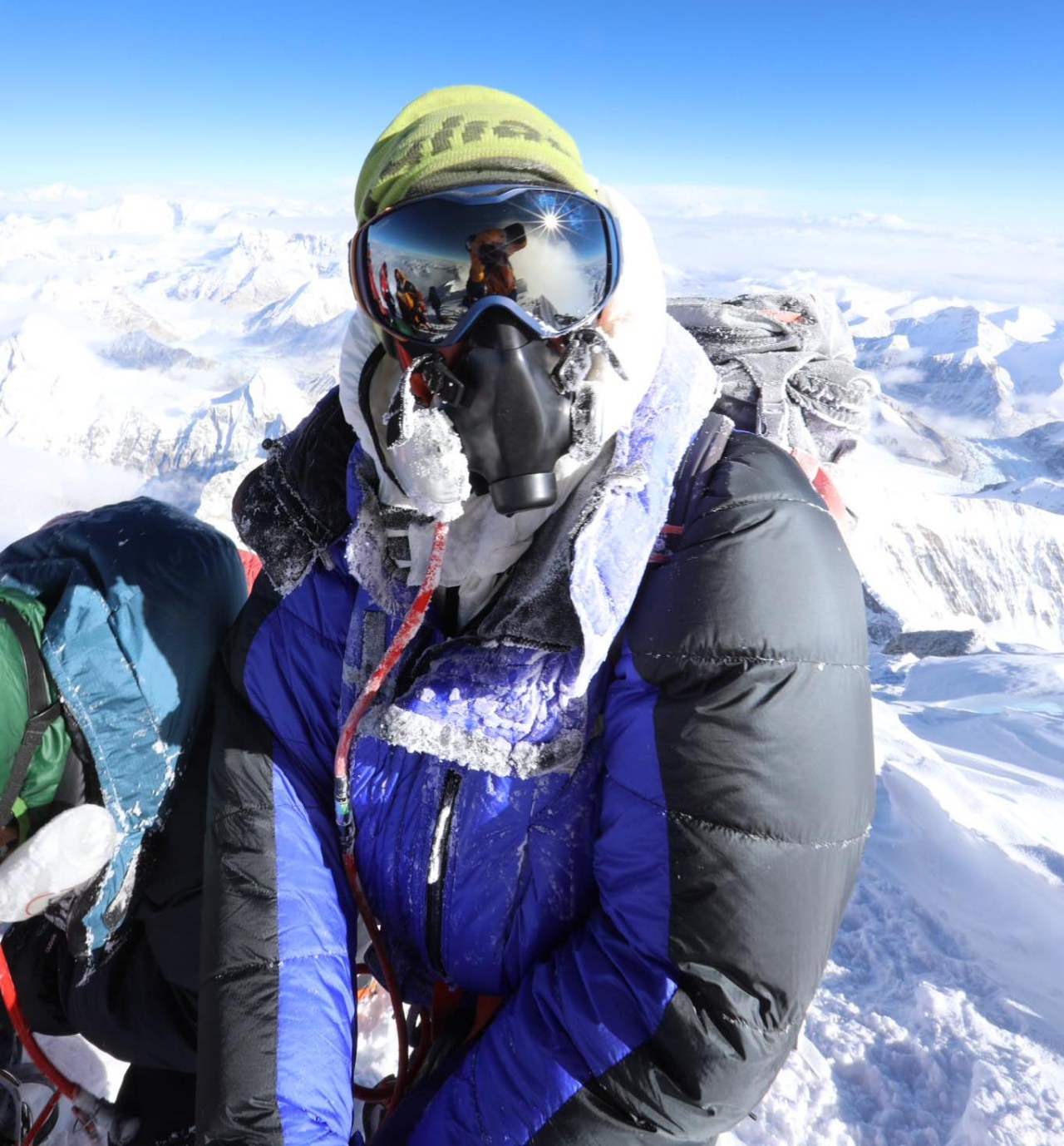 "One of the projects Tim’s involved with is Mountain Panoramas: taking 360° hi-res photographs from summits all around the world."

£1,940.00
MORE INFO
Related stories from The Lowdown
Alex Pancoe on Vinson
Although he’d spent a lot of time in the mountains skiing, it never occurred to Alex Pancoe to actually climb one until a trip to Africa inspired him to try Kilimanjaro. Thinking he’d bitten off more than he could chew, he trained as hard as he could and surprised himself by taking it in his stride…and so decided to climb more.
The view is well worth the climb
Although we’d like to think of something intriguing to say here, all we can think is how cold his hands must be. Now that’s suffering for your art…
Well suited to a life of adventure