Martin Hibbert climbed Kilimanjaro in a wheelchair. In gear specially designed by PHD 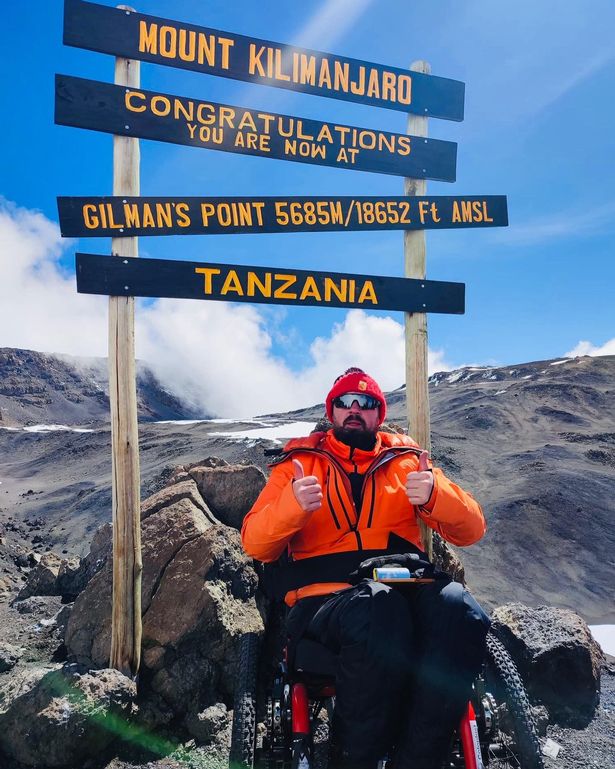 In June 2022, a man in a wheelchair went up a mountain. The man was Martin Hibbert. The mountain was Kilimanjaro. Martin is a survivor of the Manchester Arena bombing in 2017. The blast left him paralysed from the waist down. It hit him, he said, like a 10-tonne truck. Martin, however, made a vow about how he was going to live his life: He would smile and he would not waste time. Within a year he had completed the 10km Great Manchester Run. Then he started to think bigger. Much bigger. He wanted to do something that would make people say, ‘He’s doing what?’ And the idea arrived: Kilimanjaro. The highest mountain in Africa. For this he would need clothing that could cope with the varied climactic conditions on the mountain while also taking account of his particular physical requirements. So we designed some clothing that was right for the mountain and right for the mountaineer. And up the mountain he went.

Kilimanjaro is 5,895 metres high. It gets cold up there, and climbers are often struck down by altitude sickness. Doing it on foot is not a doddle, and doing it in a wheelchair is definitely not. Martin put in a lot of training. He also had a support team with him that included friends, local guides, and nurses from Salford Royal Hospital. It was a 45-mile trek to the top, and Martin was using a three-wheeled wheelchair powered by levers. The ascent took five days. When he saw the Gilman’s Point sign at the summit, he didn’t know whether to laugh or cry. The trek did, in fact, involve both joy and tears. There were tears when altitude sickness meant some members of the team had to turn back. There were tears when Martin scattered his mum’s ashes at the top of the mountain. But there was joy, too, at what he had managed to do, accompanied by singing and dancing. ‘Martin! Martin! Martin!’ chanted his team in acclamation of his achievement. And ‘Maximum respect!’ Martin is only the second paraplegic ever to summit Kilimanjaro. He said before the ascent that he was ready to ‘smash it’. Smash it he did. 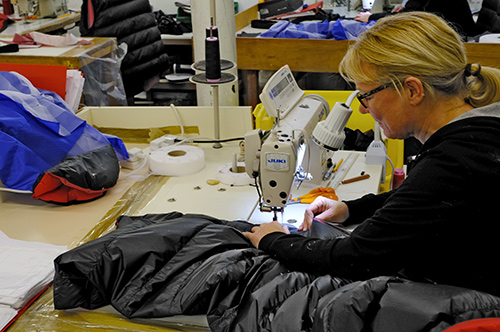 Martin Hibbert's Kilimanjaro kit being made in PHD's Manchester workshop

There were issues to be considered in planning the clothing for Martin’s climb. In conjunction with the sponsors BundleBean, we supplied Martin with two pairs of salopettes: Kappa salopettes, which were a special variation on our Kappa trousers, and Omega salopettes, which are the warmest salopettes we make. The Kappas were for the wet and warm conditions Martin might encounter on the lower slopes, and the Omegas for the colder conditions he might encounter on the higher. In both cases, we shifted the zips from their usual position on the side to the front, to avoid pressure points against the wheelchair, and to allow good access to the legs by Martin’s medical team. Sores and infections could have ended the attempt, so this was important. We also provided a pair of Omega long socks, which are our warmest down socks, and again repositioned the zips for comfort and access. In addition, we supplied some Wafer down socks to keep Martin’s feet warm at night.

The person responsible for the patterns for the specially designed gear was PHD’s Margaret Granthem. Margaret lives and works in Martin’s neck of the woods, in Stalybridge in Manchester. She is capable of remarkable pattern work and the PHD team has, over the years, made many specially adapted items of expedition equipment. We’re pretty unique in our ability to make specialist, made-to-order equipment for expeditions, and we were delighted to do so for Martin’s.

Martin’s motivations in climbing Kilimanjaro were many. He wanted to demonstrate that people with disabilities can do extraordinary things. He also wanted to shift attention from the people who harmed him to those who helped him. In particular, he wanted to raise money for the Spinal Injuries Association, which works to ensure that people with spinal cord injuries can live fulfilled lives and which has given him valuable support in the aftermath of his injury. He’s aiming to raise a million pounds. He’s halfway there. If you’d like to make a donation, you can visit his Just Giving page. If you’d like to know more about Martin, or perhaps even hire him as a motivational speaker, you can visit his website or follow him on Twitter. There’s also a documentary about the ascent, Martin’s Mountain, available on the BBC iPlayer. And if you watch this documentary and see some of the terrain he negotiated and some of the slopes, then you may well think: He did what?

Martin’s motivations in climbing Kilimanjaro were many. He wanted to demonstrate that people with disabilities can do extraordinary things. He also wanted to shift attention from the people who harmed him to those who helped him. 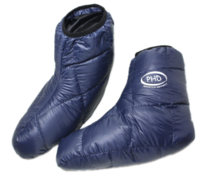 £195.00
MORE INFO
Related stories from The Lowdown
Doing Something Crazy and Huge
Rosie Swale Pope, fresh from running from Land’s End to John O’Groats, is about to run to Kathmandu.
The Million Dollar Mountaineer
Alex Pancoe aims to raise $1m for a children's hospital in a PHD Double Down Suit.
Jerry Gore's K2 Challenge