Remembering the founder of PHD. 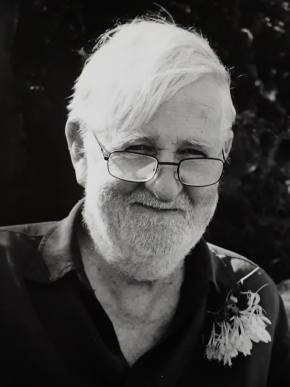 In an old textile mill on the outskirts of Manchester, there’s a door which bears the name “Peter Hutchinson”. On 2nd November 2018, Peter Hutchinson passed away, but the door will continue to bear his name, and so will everything which comes out of the workshop behind it. He was the PH in PHD; the reason we do everything we do, the way we do it.

It all started because he was a climber, his mates were climbers, and back in the early ‘60s – when it wasn’t quite so unusual to make your own gear – he made gear for himself and his mates. It turned out to be really good gear and, for the next ten years, he worked alone, in a chicken shed, quietly making gear and quietly making a name for himself.

It became apparent that if he was going to supply everybody who wanted his gear, he was going to need a proper company with a proper factory, so in the ‘70s, he acquired the tools, the skills and the people needed for mass manufacture, and Mountain Equipment was born. The business expanded as successful businesses do, backed by investors with an eye for profit, which meant that manufacturing eventually moved offshore…which meant Peter was no longer nattering with climbers and making them what they needed. But that – for him – had always been the point. He missed doing what he’d been able to do in the chicken shed.

So he took the very unusual step of realising that success isn’t measured by the size of your business, it’s measured by how much you get to do the things you love doing. So he jumped ship. 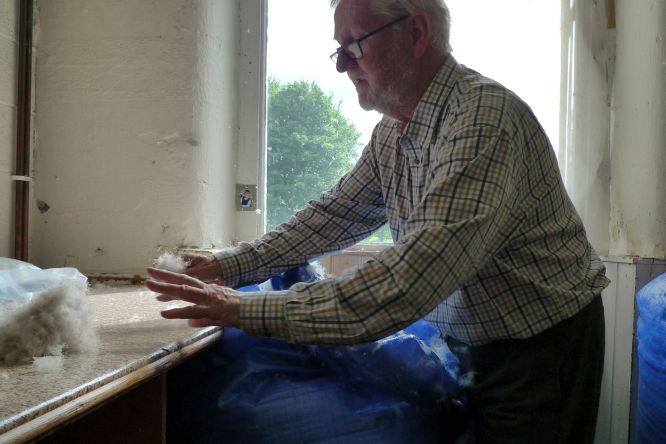 Hands – quite literally – on: Peter inspecting the down in the workshop.

He started all over again, went back to innovating, to designing and making things directly for the climbers who needed them. And that was the birth of Peter Hutchinson Designs. For the next 20 years – the remainder of his life – he stuck to that ideal, and built a company around it. He was able to listen to – and work with – extraordinary climbers and adventurers, and that enabled the company to develop ground-breaking new equipment. In this way, growing organically, PHD has prospered: something Peter was justifiably very proud of.

In PHD, Peter created a family of specialists who share a love of his way of doing things, who between them have the knowledge and the skills to keep creating and developing exceptional mountaineering kit, tailored to the needs of those who are using it. Together, we continue to strive for his goals of innovation and quality, as Peter said “the best way we know how”.

In an old textile mill on the outskirts of Manchester, there’s a door which bears the name “Peter Hutchinson”. It will continue to bear his name because without him, nothing behind that door would be there. So actually, it’s worth correcting something we said at the top of the page. It was almost right, but a little too much in the past tense:

Peter Hutchinson is the PH in PHD.

He was the PH in PHD; the reason we do everything we do, the way we do it.

Share this post
Related stories from The Lowdown
Bivouacs, a personal view
We thought it would be interesting to hear what Peter Hutchinson, the founder of PHD, has to say about the freedom and the sense of adventure that come from the bivouac.
A Very Important Lady
Margaret, the lady in charge of the PHD sewing room, has been with us since the very beginning. So if you’ve ever had anything to do with PHD gear, chances are you’ve had something to do with Margaret! Now she’s retiring, we hope you’ll all join us in saying goodbye and good luck.
You never know who you might find wandering around Stalybridge…
Not best known for idling around and dodging a challenge, it’s not too surprising that Ben Fogle & Victoria Pendleton fancied a crack at Everest. Before that though, they had to make the perilous journey north to see us at PHD.