The RAF: in for another pass

The RAF: in for another pass

Full disclosure: a bit of a cheat, this article, as we didn’t write it. We were contacted by John Cameron from the RAF Mountaineering Association, who’d been trekking in Nepal – with some of our gear –  and wanted to know if we would like a write up to share on here. Well, of course we would… 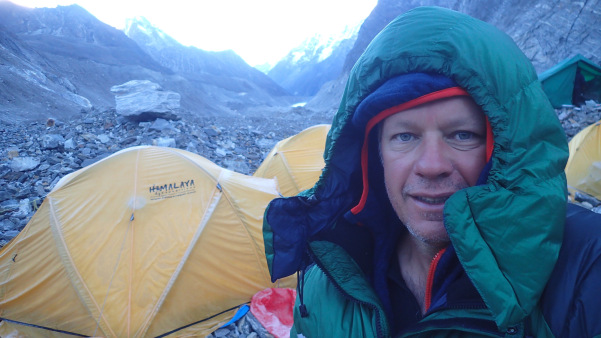 Tent helpfully labelled in case you forget where you are…

To everyone at PHD, a big thank you!  The RAFMA Expedition to the Rowaling Valley and crossing of the Tashi Laptsa Pass (5755m) in Nepal, with over 75 people involved – from Air Cadets to retired Air Force personnel, was not only a success but was also massively enjoyable, in no small part due to my Rondoy K Jacket and Xero Down Socks!

The extended trek to cross the pass at 5755m, higher than Everest Base Camp (south side), in conditions very similar to full-on Scottish Winter, meant that while being as light weight as possible, kit had to perform to the highest degree.  A trek in the changeable weather of late monsoon brings its own challenges, with unexpected and challenging precipitation as well as the predictable very low temperatures. 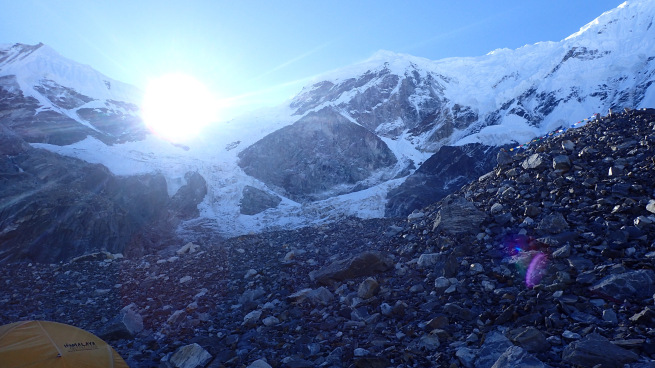 Fair point. Not really a vest-and-flip-flops day, is it?

While the trek began at the start of the classic Everest Trail, at Jiri Bazaar, it meant that conditions were quite warm and very humid due to the still prevailing monsoon.  The leeches were out in force, taking full advantage of damp conditions and the passing of an early trekking team in shorts and T-shirts.  Trekking from sub tropical weather into high mountain and sub zero conditions is a real challenge to the wardrobe, even with the welcome help of porters to load carry: excess weight or kit just isn’t an option.

After Namche Bazaar, temperatures really started to drop and down clothing became very much the vogue.

Sitting in cool teahouses and even chillier tents was made all the more comfortable by being able to slip into super snug Xero down booties and the Rondoy K.  As we progressed up the valley, taking alternate rest days to aid acclimatisation, before a planned early alpine start to minimise rockfall possibilities on the final ascent to the Tashi Laptsa col, we frequently encountered rain, drizzle and snow, all of which the dry treatment of the Rondoy worked well to shrug off, ensuring there was never too much dampness to compromise its warmth.  To finish a day and be able to retreat into a super warm jacket like the Rondoy, with a cup of tea, makes a massive difference to your morale, especially when it’s so very comfortable, light and compressible too!  The expedition was carrying out some extensive medical research into diet and acclimatisation, which involved tests before breakfast and at the end of daily activity; partially undressing in low temperatures to facilitate monitoring was never going to be very popular!

The final ascent to the pass went well, albeit slowly to 5755m, with thankfully little rockfall encountered in the gulley and cliffs under the flanking peak. Once the prayer flags were spread and jubilant pictures taken, it was over the pass and onto the upper reaches of the Rowaling glacier.  From there it’s pretty much “all down hill” into the Rowaling Valley and the beautiful Gaurishankar Conservation Area: except for the remaining ‘uphill’ parts of the trek that are not inconsiderable!  The last night camped on the glacier  at 4800m was one of the coldest I’ve experienced, -15°C inside the tent, and again the booties and Rondoy were invaluable being worn inside my sleeping bag and helping me have a good nights rest.  The view in the early morning, despite the bitter cold, was just phenomenal of course, though the sun seemed to delight in taking its time to flood our campsite with its warmth.  The seracs and glacier surrounding the camp were just awesome in the brilliant sunshine.  It’s times like those that make the hardships disappear and kit like yours that makes it possible.

To finish a day and be able to retreat into a super warm jacket like the Rondoy, with a cup of tea, makes a massive difference to your morale. 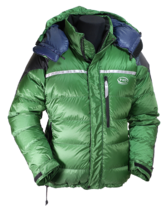 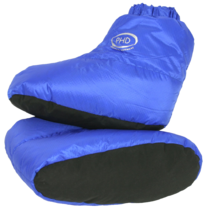 £204.00
MORE INFO
Related stories from The Lowdown
Alex Pancoe on Vinson
Although he’d spent a lot of time in the mountains skiing, it never occurred to Alex Pancoe to actually climb one until a trip to Africa inspired him to try Kilimanjaro. Thinking he’d bitten off more than he could chew, he trained as hard as he could and surprised himself by taking it in his stride…and so decided to climb more.
The achievement of a lifetime…and then again the following day!
Having reached the summit of an 8000m peak, it’s not unheard of to want to do another. However, after climbing one, heading straight to the top of a second one the following day is rather more unusual!
The view is well worth the climb
Although we’d like to think of something intriguing to say here, all we can think is how cold his hands must be. Now that’s suffering for your art…