When we have an idea for a piece of kit, we design and make it (obviously), and then (also obviously), we need to make sure it was actually a good idea. 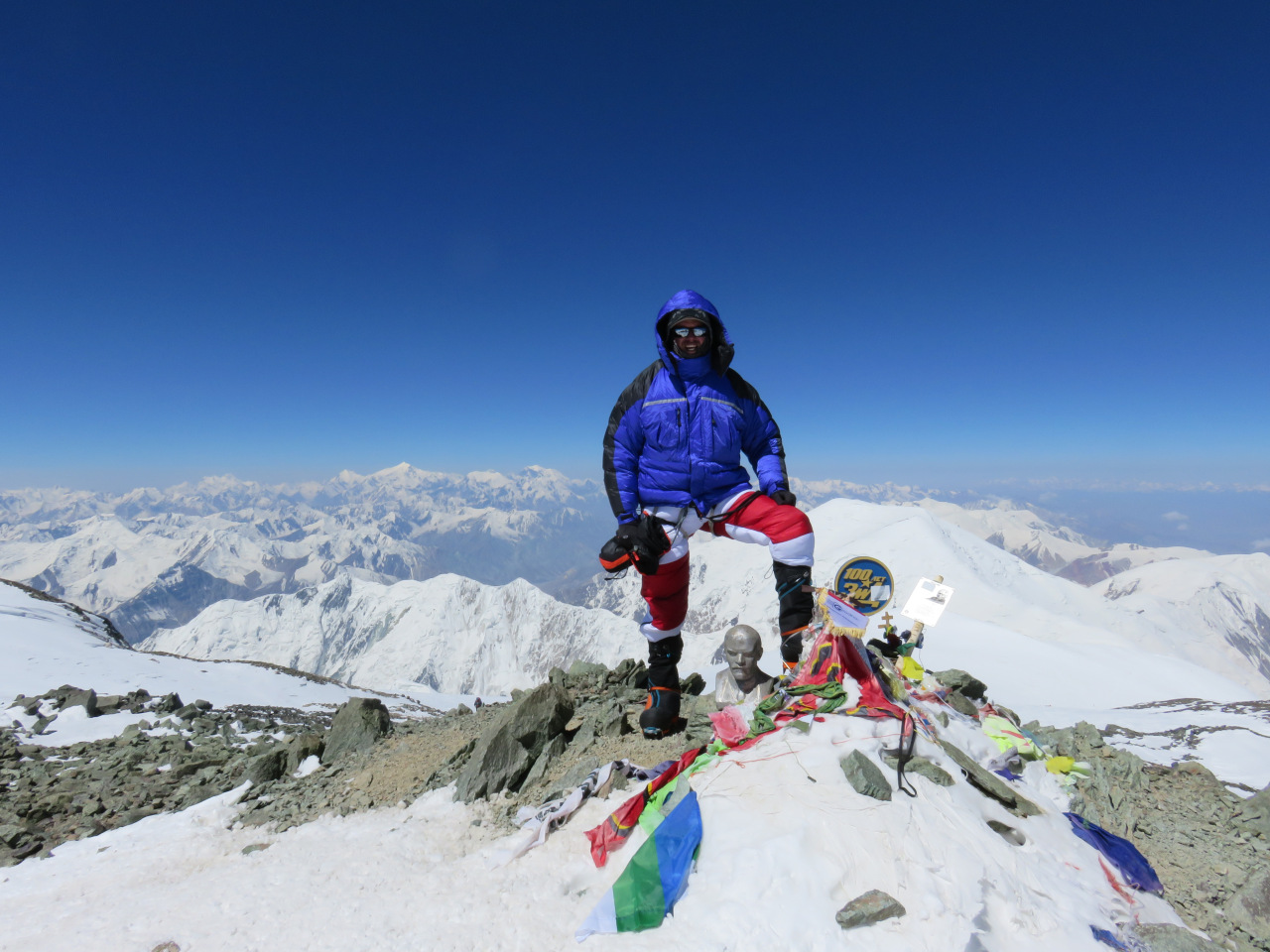 Lenin Summit. Ben’s the one in the down suit (though the other guy looks like he could do with one).

When we first came up with our Expedition Double Suit, we were well aware of why it was needed: big mountains mean a big range of temperatures, but a one-piece suit strapped down under a harness pretty much scuppers any chance of adjusting your layers. So our add-a-layer, lose-a-layer, keep-your-harness-on idea was sound, but of course, we needed someone to take it out and make sure we’d got it right.

Much as we’d like to hang a Gone Climbin’ sign on the door and nip across to the Himalayas for some product testing, we had to concede that we were better letting someone else do it.

One such person was Ben Kane, who took the prototype to Manaslu and gave us some invaluable info about the conditions, about what he did, and about how the suit behaved. Along with performance data from other testers, we were able to develop a suit which was – after all – a good idea!

A really important part of the testing though is that it never stops. We don’t have a warehouse full of stock, which means we can keep tweaking and poking things as and when we have new ideas…but whenever we do that, we need to check them again.

Ben was intending to climb Dhaulagiri (which would have been ideal), but unfortunately that had to be called off…but he still went climbing. And he still took the suit.

A summit of Kyrgyzstan’s Lenin Peak (and an attempt on Khan Tengri) produced plenty of facts and figures about what he wore, at what height, for how long and how it performed – both on its own, as part of a Sleep System and by comparison to our other gear. For example

And plenty more detail, which we shan’t trouble you with here.

All that detail is then picked over and considered, bit by tiny little bit: people use our gear in places where the weather could kill you in minutes, so we need to know how it behaves!

It should be no great surprise that we test our gear before it becomes available, but when Ben sent us his latest photos, we thought we’d mention a little bit about how it’s done.

Another way that it’s done, of course, is through the medium of everyone who uses our gear telling us about it…so keep the stories coming! 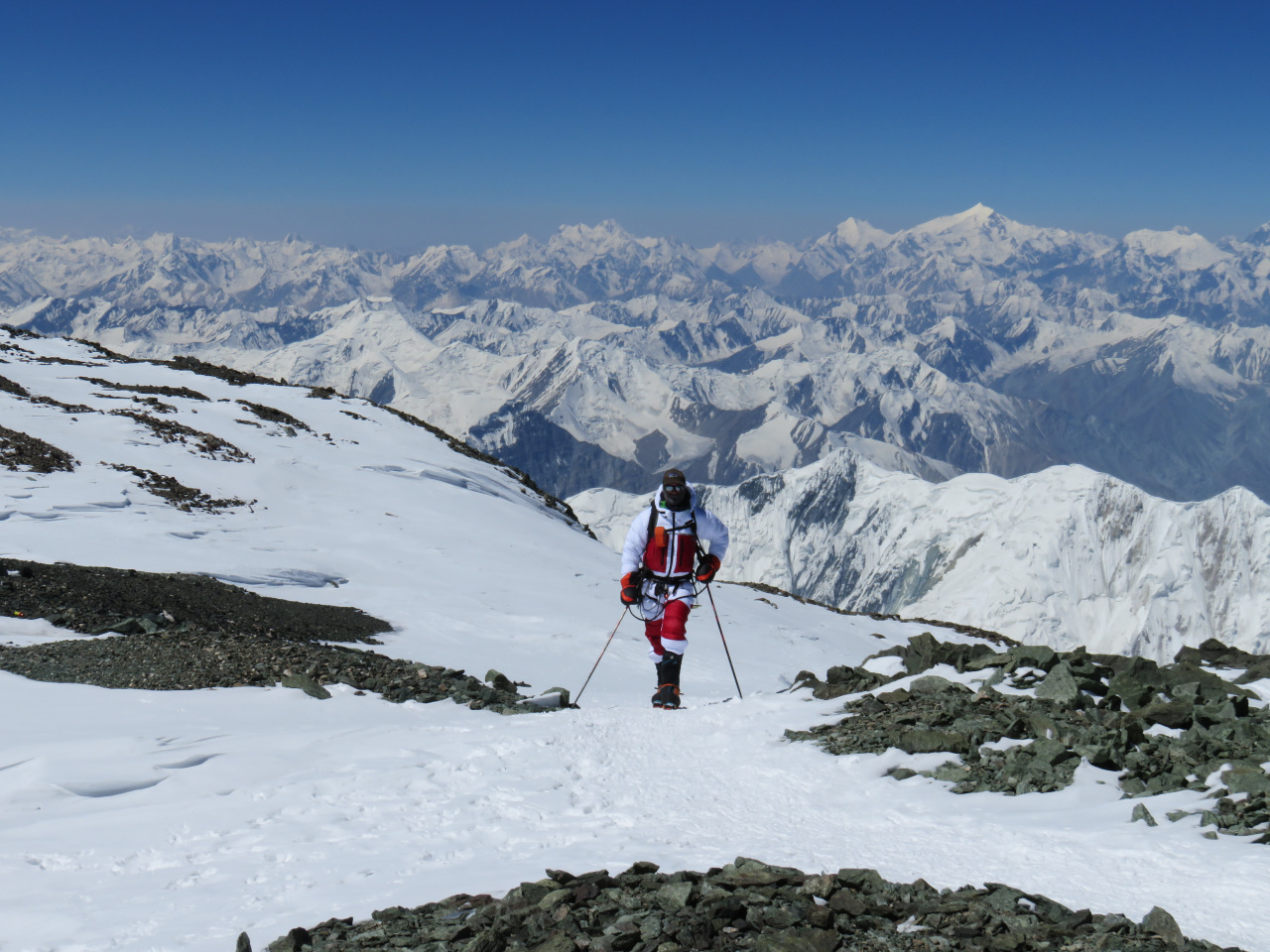 “Why do you make them with red patches?” Well, how easy would he be to spot if we didn’t?

A really important part of the testing is that it never stops.

£2,187.00
MORE INFO
Related stories from The Lowdown
Alex Pancoe on Vinson
Although he’d spent a lot of time in the mountains skiing, it never occurred to Alex Pancoe to actually climb one until a trip to Africa inspired him to try Kilimanjaro. Thinking he’d bitten off more than he could chew, he trained as hard as he could and surprised himself by taking it in his stride…and so decided to climb more.
Horia Colibășanu and Peter Hámor’s Hornbein Couloir Attempt
Given his impressive track record of oxygen-free ascents in the Himalayas, when Horia Colibăşanu contacted us about kit, we were intrigued as to what he was up to! He didn’t tell us exactly what he was intending, but this is what we found out…
Age is just a number
When Roger Cook set out for Cho Oyu – the world's 6th highest mountain – a PHD Double Suit and Sleep System went with him: gear for every occasion without having to take different gear for every occasion. It’s all about the layers!